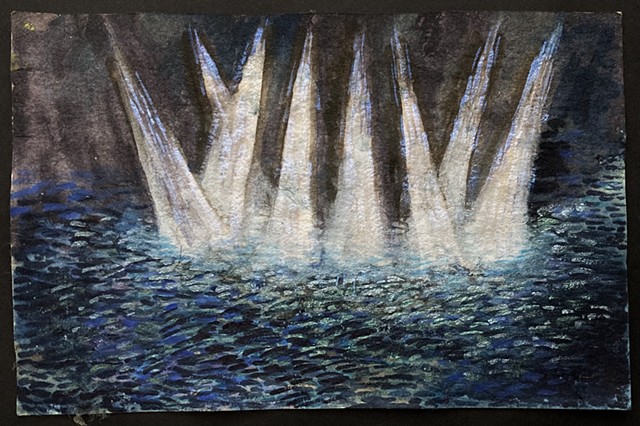 Living in a coastal town and being more immersed in a natural environment has changed my art practice significantly. I was initially seduced and comforted by the vast and ever-changing beauty of the ocean during shelter-in-place. As the volume of beachgoers has increased in recent months and the pandemic continues, I find myself reflecting on the sublime and idealized qualities of a coastline that lures so many visitors seeking solace or a family day getaway, snapping selfies or photos of sandy toes. A darker side of the ocean has also emerged on days where the sheer force of rogue waves and dangerous water conditions knock adventurers off of rocks and cliffs or even sweep people off the shoreline out to sea. The ocean being "something nice to look at" quickly becomes a powerful and life-threatening force, especially to those without an ocean safety education. I'll always be haunted by the image of a young child I saw playing on the beach earlier this year and I learned they were swept out to sea later that day and were never found. A picturesque landscape marred by search lights, rescue teams and ambulances has become a common site. My relationship with the ocean hasn't been spoiled, it's only deepened and inspired more respect.